Home
About
Get There
Tickets

How to Start a Revolution - 27th Boston Film Festival

Synopsis: HOW TO START A REVOLUTION is the remarkable untold story of Nobel Peace Prize nominee Gene Sharp, the world's leading expert on non-violent revolution. This new film (from first time director Ruaridh Arrow) reveals how Gene's work has given a new generation of revolutionary leaders the weapons needed to overthrow dictators. It shows how his 198 steps to non-violent regime change have inspired uprisings from Serbia to Ukraine and from Egypt to Syria and how his work has spread across the globe in an unstoppable wave of profound democratic change. How To Start A Revolution is the story of the power of people to change their world, the modern revolution and the man behind it all. 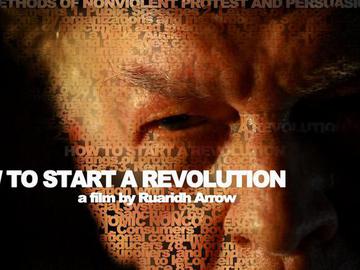 No cameras or recording devices.

other events by this organization